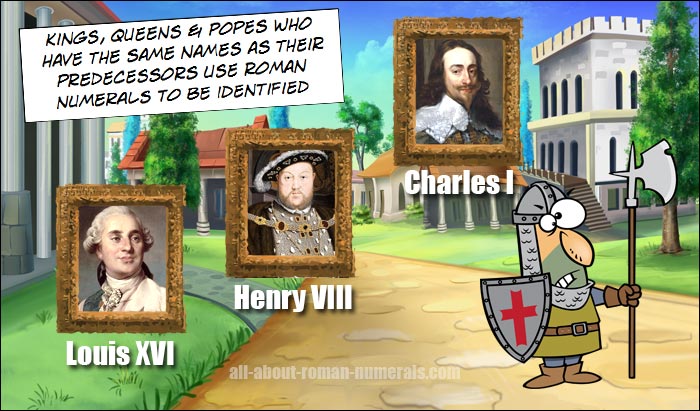 Roman numerals are used to distinguish rulers of countries and organisations where a person has the same name as a predecessor.

Here are a couple of rather famous names that become recognizable when you add the numerals.

Charles I – The English king who lost his head.

– King of France who lost his head.

– The king of England who is famous because a couple of his wives lost their heads.

Pope Gregory XIII – gave the world the calendar many of us are familiar with.

Take Me Back to the Roman Numerals Activities