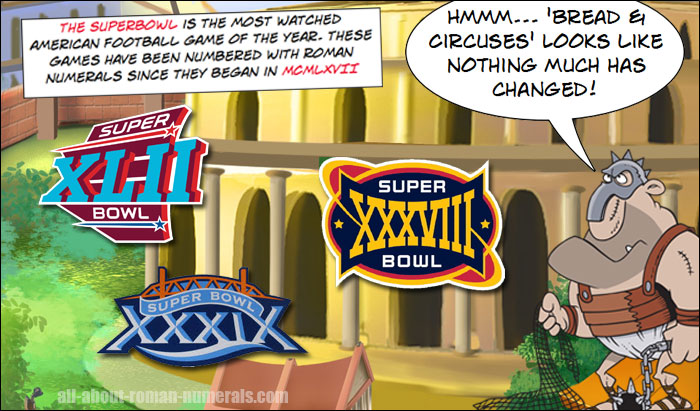 Why are Superbowl football games labeled with roman numerals?

Other people believe the Roman numbers make the logos look ‘stylish’ and ‘classy’.

Take me back to the Roman Numerals Lessons