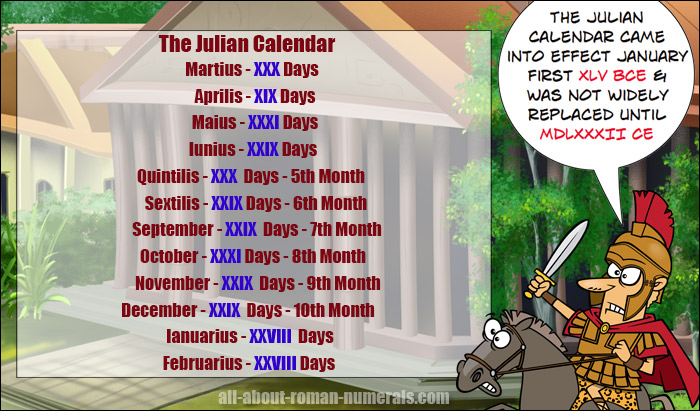 The first Roman calendar had CCCIV days and X months and was incredibly inaccurate. Over the years the calendar was refined but was still quite inaccurate and needed to be replaced because it was out of sync with religious festivals and crop planting.

Eventually the emperor Julius Caesar consulted an Egyptian astronomer and introduced a calendar based on the Sun. He called it the Julian calendar and it came into effect on January I, XLV BCE

The new calendar had CCCLV days, divided into XII months and a leap year day every IV years added to February.

Isn’t it funny that things that happened over MM years ago still affect us today.

Learn more about the origins of the names of the months