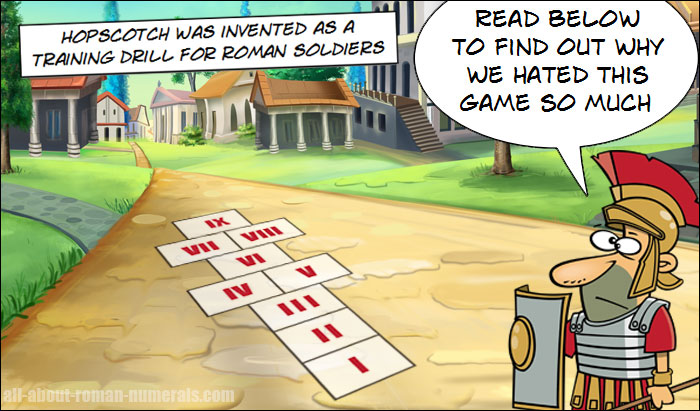 Hopscotch is a game played on playgrounds around the world, but did you know it was invented in Roman times? It is just one example of something that exists in our society that began in the Roman Empire.

Back in the day Roman soldiers were required to play the game as a training drill. They had to ‘play’ in ‘full kit’ i.e. wearing their full armor, spear, sword, shield & helmet.

The aim of the drill was to increase the soldier’s strength and stamina as well as increase their sure footedness and agility. It is one of history’s first examples of cross training.

Possible Extension Activity – draw a X square hopscotch board on your playground. Label each square with the roman numerals your group of friends feel they need to focus on then say each numeral aloud as you play the game.

Take Me Back to the Roman Numerals Tutorials