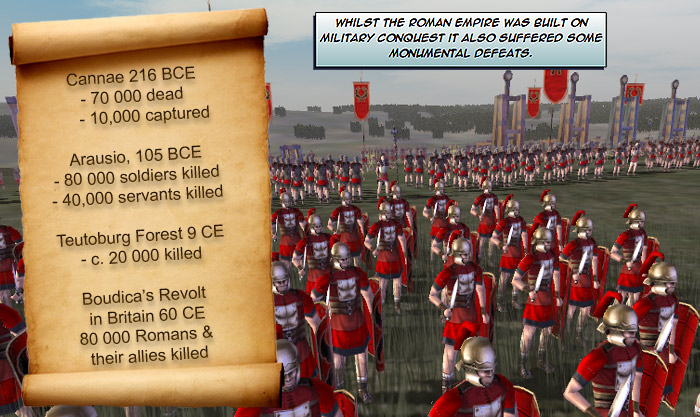 The Roman Empire was built on military conquest but it also suffered several monumental defeats.

NB for every person represented by one of these numbers each one had a life, a family and a story. #itisworthathought