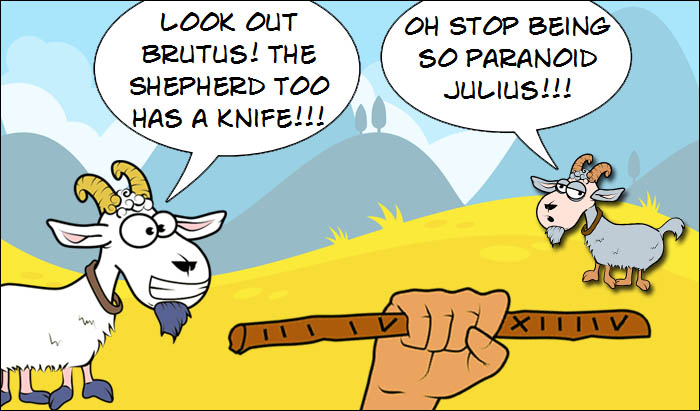 Roman Numerals & How They Began

Historians believe Roman Numerals began as a tally system. Shepherds on the hills and in the fields around Rome would cut marks into sticks to keep track of how many sheep or goats were in their care.

This method of record keeping was still used by Italian shepherds during the Nineteenth Century.

Take me Back to the Roman Numbers Activities