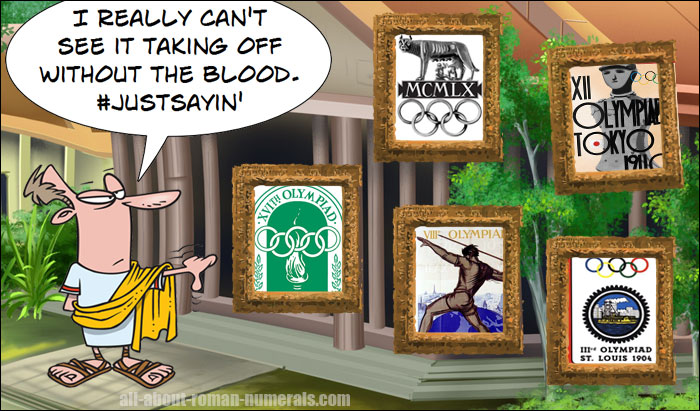 Roman Numerals and the Modern Olympics

NB – The origins of the ‘thumbs down’ symbol is a myth you might like to research some time.

Something to Think About: