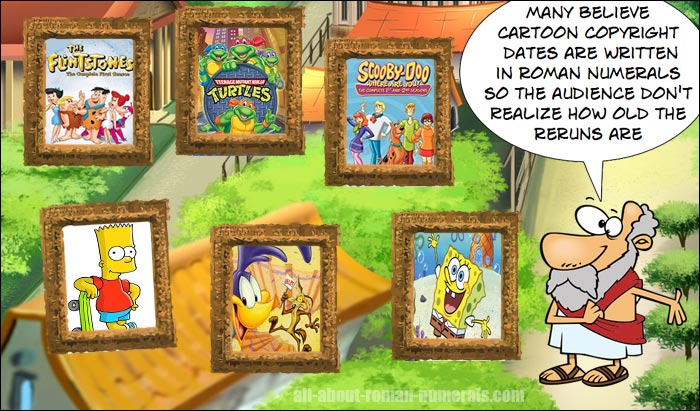 Copyright dates are often recorded in roman numerals in the credits of movies and TV shows. Some people believe these dates are recorded this way so most of the audience don’t know how old the re-runs are 😉

Scooby Doo – The first episode, ‘What a Night for a Knight’ went to air in MCMLXIX and is available on Youtube.

The Simpsons – first appeared April XIX,MCMLXXXVII and has gone on to be the longest running TV series in history.

The Road Runner – first appeared in 1949