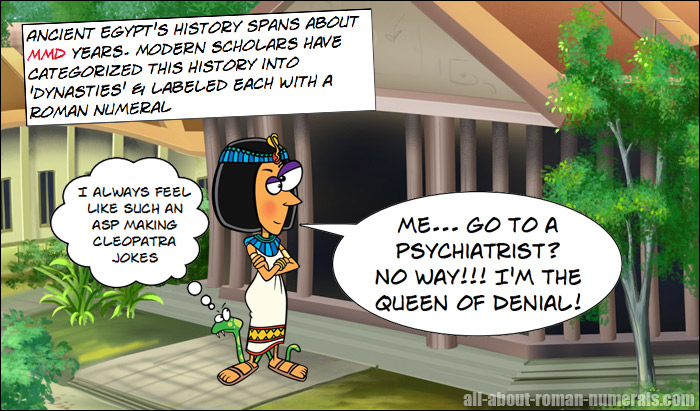 Dynasty III – arose around 2 700 BCE and ushered in the period referred to as ‘The Old Kingdom’. The Sphinx and The Pyramids at Giza were built during this era.

Tutankhamen – The Boy King – was a part of Dynasty XVIII. His tomb was found in MCMXXII and is a story worth reading.

Remesses II was the third pharaoh of the XIXth Dynasty. NB It is really interesting to research why we still remember him?

The rule of the pharaohs officially ended in XXI BCE when the Roman Empire conquered Egypt.

Take me back to the Roman Numerals Activities