How to Write Large Numbers in Roman Numerals 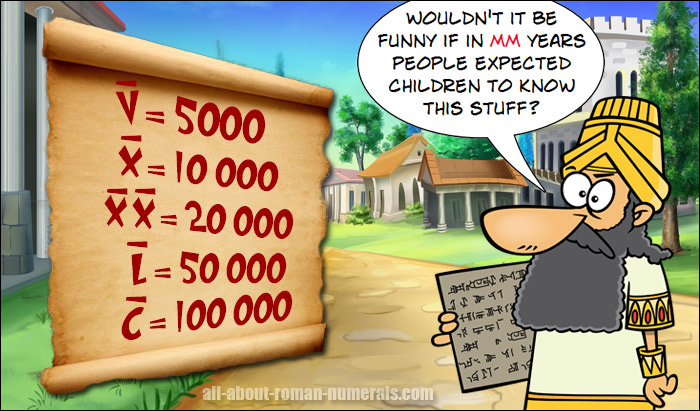 How to Write Large Numbers in Roman Numerals

The Roman Empire was enormous and as a result needed a way to record the large numbers involved in travelling vast distances, populations, how many people were in their armies, how much tax has been collected & how much money was left to wage wars etc.

To write these numbers the Romans placed a vinculum (small line) above the existing numerals. This line means you multiply the given numeral by M.

Take Me to the Roman Numerals Homepage